You are here:  About Britain  › Tourism  › Main cities

England's other cities, besides London
About-Britain.com - a thematic guide to Great Britain
While no city in Britain comes near London in terms of tourism potential, several of the biggest cities in England, in particular Liverpool and Bristol, are places that are well worth a visit.


IMPORTANT : COVID 9 .  While most restrictions have been lifted, wearing a mask and proving covid-negative remain obligatory in some situations. Visitors arriving in Britain may be required to book a covid test online before travelling, to be taken 48 hours after their arrival. 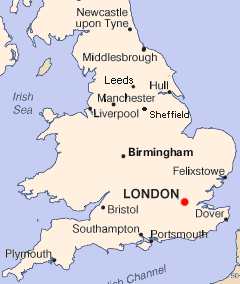 With the exception of London ( and the Scottish capital  Edin­burgh ), the largest UK cities are not inter­nationally famous tourist cities, nor cities with a great and old historic heritage. In the main they are cities which began their ascendancy at the start of the industrial age in the late 18th century; and their development during the nineteenth century was so intense that they changed beyond recognition.
The English cities of Birmingham, Manchester, Liverpool, Sheffield , Leeds, Bradford and Newcastle, like Glagow the largest city in Scotland  and Cardiff the capital of Wales, were only small towns before the Industrial Revolution came along.  The Industrial Revolution turned them into big cities, local centres of industry with their coal mines , factories, textile mills , blast furnaces , banks, shipyards and ports ... These are the cities that were behind the industrial power of the United Kingdom in the Victorian era and until the middle of the twentieth century. Then, with the massive changes that affected British society, from 1970 onwards they faced serious problems of deindustrialization, loss of population, unemployment, and decline.
.
However, since the dark years of the nineteen-seventies, all these cities have begun a process of urban regeneration, and all of Britain's great cities now like to portray themselves as great tourist destinations.


Liverpool, with a population of around half a million, was the English city that suffered most during the crisis of deindustrialization; but it has also perhaps had the most successful regeneration. Today, with its dock area classed as a UNESCO world heritage site, and more museums than any English city outside London, it is the big English city that attracts the greatest number of tourists.
Even when it was at its lowest, this port city on the estuary of the Mersey, in northwest England, was already a tourist mecca, drawing in visitors from around the world... twentieth century pilgrims journeying to the home city of their idols, the Beatles. And still today 50 years after the Beatles played in the Cavern Club  (now rebuilt as a tourist attraction -   ► Get  tickets), Liverpool still attracts thousands of tourists coming to visit the city where the world's greatest pop group lived and played. The story of the Beatles is brought to life in the "Beatles Story" attraction, in the Albert Dock area; and Beatles "Magical Mystery Tours" of Liverpool start from the Albert Dock.
Liverpool was once the largest port in the United Kingdom after London, the gateway to the world of the industrial north of England , through which imports and exports of textiles and manufactured goods passed, and from which millions of emigrants from Britain, Ireland and Europe, set sail in search of a new life in North America or the colonies.
That time has passed , and now Liverpool - on the wrong side of England for trade with Europe - has lost most of its importance as a seaport. Yet the closure of most of the old docks turned out to be a fantastic opportunity for Liverpool, and the most famous part of the old port area - the Albert Dock - is now a major tourist hub, and classed as a World Heritage Site by UNESCO .
The dock area offers visitors a choice of museums, the Tate Liverpool gallery, the Liverpool Maritime Museum, the Museum of Slavery, the British Music Experience (The museum of British pop music,  ► get  tickets)  and the Liverpool Beatles museum ( ► get  tickets) – as well as historic ships , and malls . You can even visit Anfield Stadium, the home of the world-famous Liverpool Football Club   ( ► get  tickets)
If we add to this Liverpool's top quality Walker Art Gallery (see art galleries in Britain) , its two very different twentieth-century cathedrals, then clearly Liverpool is a place that has plenty to interest the visitor, tourist or weekender.
As do many tourist cities, Liverpool can also be seen using the hop-on hop-off tour bus, offering a trip round the city's many tourist sites. Tickets valid 24 hours  ( ► get  tickets)

Population about 500,000 . The former industrial capital of the north has been reinvented as a business city and the capital of contemporary culture. Manchester clubs and music are known worldwide. The old port area has also been redeveloped as a cultural and commercial area , very close to the most famous football stadium in England, Old Trafford, home the Manchester United FC. Inland from Manchester, the valleys of the Pennines offer a remarkable concentration of historical sites from the time of the Industrial Revolution.
Manchester also is home to an impressive number of museums and art galleries.
Manchester Art Gallery has a rich collection of paintings from 16th to the 20th century, in particular the great masters of English art up to David Hockney – not forgetting the unique artist of industrial life in the North of England,  L.S.Lowry. Many more works by Lowry are on show at the Lowry Centre, a new museum/ arts centre  opened in 2000 at Salford Quays, in the Machester docklands area. Manchester University's Whitworth Gallery also has a valuable collection, including a large representative sample of English art of the 19th and 20th centuries, plus European art from the French Impressionists to the modernists.
Aside from the arts, Manchester also has an impressive collection of themed museums. Most popular among these is the National Football Museum, opened in 2012, and located in the city centre; this is reputedly the world's finest football museum.  Not far away is the People's History Museum, previously known as the National Museum of Labour History, which was completely refurbished and extended in 2007, and is a museum of the working class life, suitably located in what was the industrial capital of Britain.  Finally, Manchester is home to the Imperial War Museum of the North, and the Manchester Museum of Science of Industry, or MOSI.

At the heart of an urban area of about one million people, Birmingham is England 's second largest city by population . The "city of a thousand trades " , two hours drive north-west of London, has reinvented itself twice, firstly as Britain's "motor city", now as its second largest shopping centre .
The centre of Birmingham , called the Bullring, has been completely redeveloped twice in 50 years, the first time in 60 years as a commercial center in the brutalist architecture of the day, designed for car access; then again in the early 2000s, to make a more user-friendly shopping center, which surprises with its architecture and its large pedestrian areas .
Nearby there is the Birmingham National Exhibition Centre, Britain's premier venue for national and international trade fairs and exhibitions.
The rich and glorious past of the city , especially during the 19th century is reflected in what remains of its Victorian monumental architecture, and art gallery, one of the largest and richest in the country, with a remarkable collection of English 19th century art. The "Cradle of the Industrial Revolution", the Birmingham area has two major open-air museums, one at Dudley, the other at Ironbridge Gorge. Stratford on Avon , birthplace of William Shakespeare, is a short distance from Birmingham, as is the historic town of Warwick, with its magnificent medieval castle. Sulgrave Manor, the ancestral home of George Washington's family, lies 50 miles southeast of Birmingham. 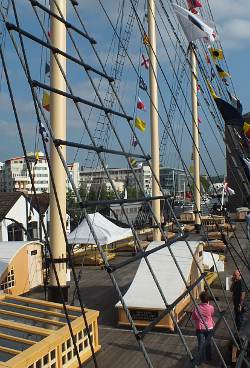 Bristol : on board the historic ship SS Great Britain.
Before the industrial age, Bristol was England's second city, after London. It was England's great  port, trading with Africa and the Americas from the 16th century onwards. In the nineteenth century, although Bristol remained an important port, it did not grow exponentially like the cities of the industrial north of England.
Today, while it is the second largest city in the south of England, Bristol seems to be on a smaller scale than the cities of the north. Bristol's docks closed in the 1970s, and since then the docklands have been redeveloped as an attractive tourist and residential area, which is relatively concentrated and largely traffic-free. A number of tourist attractions can be reached on foot, or by taking the small ferries or water taxis that ply back and forth along the "floating harbour" - so called because this whole dock area is behind locks that ensured, in the past, that ships remained afloat even at low tide.
Among the attractions are the Bristol Museum (M Shed), the Bristol Aquarium, the Bristol Science Centre (@ Bristol), and most importantly the SS Great Britain, the world's first iron ship, designed by Brunel, and now painstakingly restored and preserved in the dry dock in which she was originally built.
Bristol also has other attractions including a reputed zoo, Bristol Museum and Art Gallery, the Arnolfini arts centre, and the regency quarter of Clifton, with its Avon Gorge suspension bridge, also designed by Brunel.

These four major cities of northern England are primarily regional centres offering the services and attractions of the big city - theatres, museums, clubs , restaurants.  Bradford, formerly the capital of the textile industry , now hosts the award-winning National Media Museum (photography, TV,  movies), with its giant IMAX screen . Entrance to the museum is free .

The Leeds- Bradford- Halifax Area was once the workshop of the world's textile industry. Most of the large "mills" have closed, but the region still has textile mills in operation, as well as several very interesting industrial heritage sites , including the Bradford Industrial museum, and the ideal industrial town of Saltaire, designed by the  mill owner and philanthropist Titus Salt, and now a UNESCO World Heritage site.

For Glasgow and Edinburgh, see Scotland 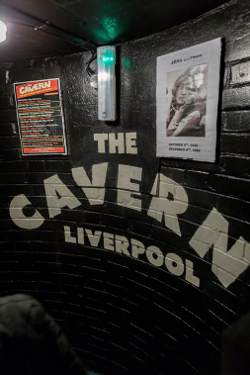 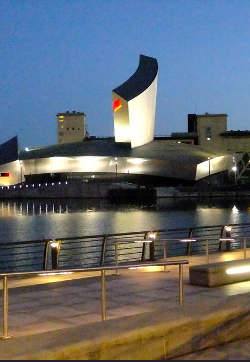 "Clarity of explanations and wealth of examples..." EFL Magazine
Taking the train?
Find tickets at best rates from
Raileasy 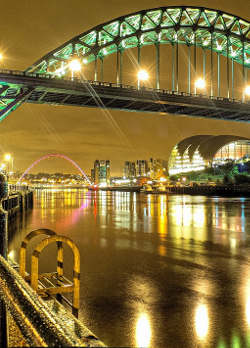 UK - Europe - World
Just click to discover great UK stores and brands that deliver to your home.  Food, fashion, gifts, souvenirs... Get anything from the UK from the safety of your home.
Offers may include free delivery


Going to France too ?
check out What to see in France