Britain has chosen Brexit : who is to blame ? 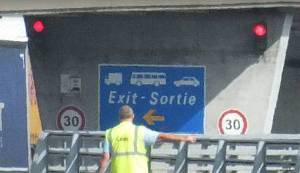 ► You are here : About-Britain.com  › Institutions  › Britain and the EU

Just over half of the British public have Britain have voted to take Britain out of the European Union. Sadly it's not the first time in history that a nation has fallen for  siren sounds and voluntarily voted away the best options for its future. So who is to blame ?

Aportioning blame for any event is often a complex and tricky process. Trying to say whose fault it is that the UK has decided to leave the European Union is a trickier question than most. The truth is that it is not any particular person's fault (if indeed you believe that it is a "fault" in the first place). A whole range of people in Britain and Europe are to blame for Britain's exit. Very few in the worlds of politics, the media and public life can be said to be blameless; but some, evidently, must shoulder more blame than others.