The best preserved and most interesting prehistoric sites in Britain


Places to stay in the UK
Hotels, apartments and other accommodation at best rates from  Booking.com
: 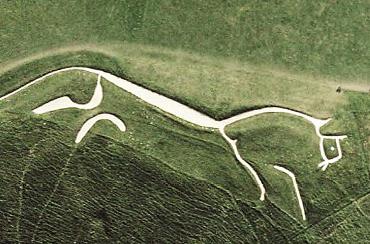 The Uffington White Horse, seen from the air. Photo NASA
When the Romans first visited Britain in 55 BC, it was not, for them, an unknown country. Far from it. For centuries, the advanced civilisations of the Mediterranean had been trading with the people inhabiting the islands off the northwest coast of continental Europe.
Men and women had been living in Britain for thousands of years already; and over the centuries before the expansion of the Roman Empire, the islands of Britain had been home to people who lived in communities, exploited the islands' mineral resources and traded them internationally, and built some of the greatest surviving monuments of Prehistoric times.
While some of the most impressive of these are situated in the remotest areas of Britain, the islands off the Scottish coast, others are in the south of England, and easily accessible from London.  Our prehistoric ancestors preferred to live in hill areas and on islands, more protected than the densely forested flat lands; thus, the areas of Britain that are most remarkable for their prehistoric sites are the hills of the southwest, the mountains of the north, and the highlands and islands of Scotland.

Ten of the best prehistoric sites in Britain

Seven of the best prehistoric sites in England and Wales


Three of the best prehistoric sites in Scotland

Dates before the first visit of Julius Caesar are approximate.

Above: Stonehenge
Long before the Romans conquered Britannia, the British Isles had been inhabited by civilisations often referred to collectively as "Ancient Britons". Britain was an attractive abode for early civilisations; its climate was not harsh, and its hills provided the metals that were the wealth of the Bronze Age and the Iron Age. Some of the incredible building works of Prehistoric Britain can still be admired today. 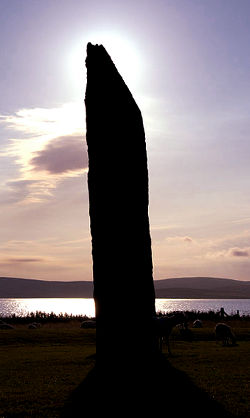 One of the great standing stones at  Stenness, on the Orkney islands - part of the Orkney prehistoric  World Heritage site 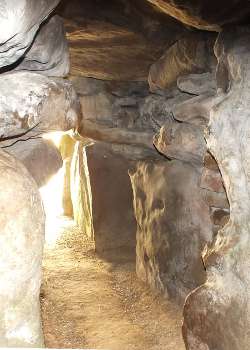 
And elsewhere...
Prehistoric sites in France