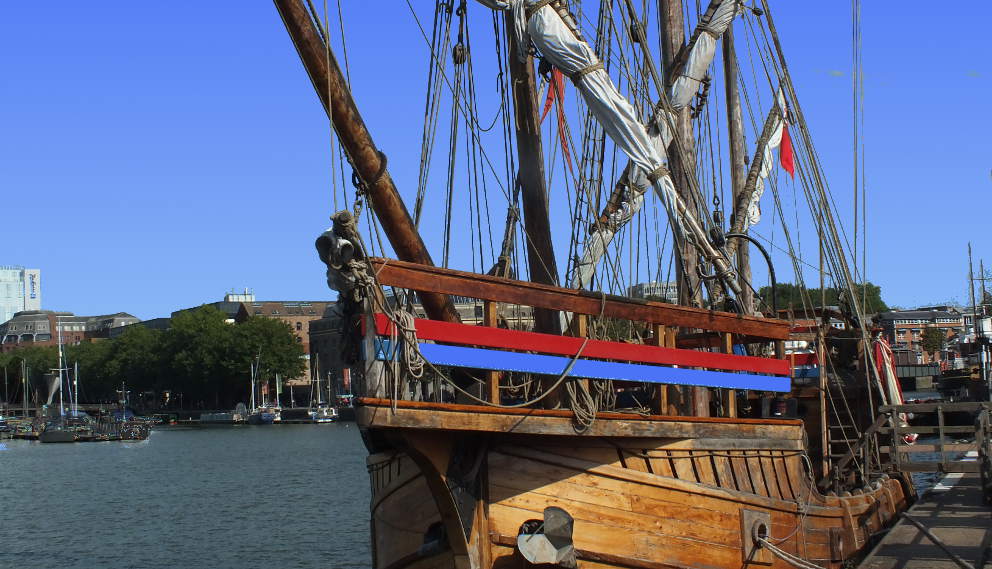 Britain on a limited budget

How to visit Britain without emptying your bank account


Britain is reputed to be an expensive tourist destination. But it does not have to be. For visitors on a limited budget, there are  ways to travel at a fraction of standard train fares, and find overnight accommodation at very reasonable rates, not to mention plenty of free attractions.  And these options are not just for students and backpackers. Many of them are open for anyone, old and young.

Travel on the cheap

If you are visiting Britain by car or other road vehicle, there are not many ways of reducing your travel costs, other than travelling shorter distances. The only tolls on British motorways are a few toll bridges over large estuaries, and the M6 Toll alternative route north of Birmingham.
Drivers coming to Britain from the continent via France in diesel vehicles are advised to take on a full tank of diesel in Calais or other port of departure; drivers coming on a direct ferry from Spain should fill up before leaving Spain.
Visitors planning to visit London should arrange accommodation in the suburbs, as central London is a charge zone, with a £11.50 daily charge (January 2020 rate). In addition, parking in central London is expensive: up to £4.90 per hour for on-street parking in central London weekdays 8 a.m to 7 p.m. – if you can find a space. Off-street parking is available in many car parks, notably those run by NCP - but this is not cheap either, and car parks are often full.  One area close to the West End with cheaper parking is Regent's Park, where the daytime rate (2020) is £2.40 an hour, limited to 4 hours. Note: Regent's park closes at night.

Trains in Britain are expensive if you travel at peak periods, but much cheaper if you use off-peak services or slower inter-city services. For information on cheap train tickets, see Britain by train.  To find the cheapest train tickets see Raileasy. 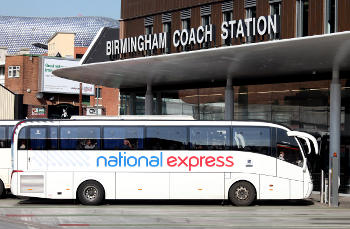 As an alternative to train-travel, Britain has many long-distance coach (bus) services. These operate between most British cities, notably London, and tickets can be a fraction of the full train fare. Different companies run different routes, but the largest operator of intercity coach services in the UK is National Express . National express are partnered with  Eurolines for services to and from lots of destinations in Continental Europe, including Paris, Amsterdam, Berlin, Munich and many more.
Some major intercity routes are run by a company called Stagecoach whose tickets are marketed online through the Megabus website. Their routes include bus services to London from Paris, Boulogne, Brussels and Amsterdam - considerably cheaper than taking the Eurostar .
Check out Rome2rio's info page for more on UK coach services

U.K. TRAIN TICKETS
at best rates from
Raileasy
Britain has plenty of low-cost flights connecting cities across the country, notably Easyjet, Flybe and Ryanair.  At London, most low-cost flights use Stansted airport (STN), though some flights use Gatwick. To get to your airport, take a coach (try  National Express ) not the train, or else  you could pay more, for example, to get from Central London to Stansted than the cost of your air ticket.

Traditional British hotels tend to be expensive, but there are alternatives.

Be wary of cheap independent hotels, specially in cities. For inexpensive places to stay, prefer the low-cost chain hotels, notably the Premier Inn chain, which is Britain's leading budget hotel chain; other often reasonably priced hotels are Formule 1 and Ibis hotels run by Accor.
Click here for a large list of two star hotels in Britain.

Britain was one of the countries that pioneered the Youth Hostel movement, and today there are still some 200 youth hostels in Britain.  Gone are the days when youth hostels were only open to card-carrying members of the YHA; and gone are the days when "hostelers" had to provide their own sleeping bags, and do chores in the morning before leaving. Today's youth hostels, many of them in the country, are open to all, and offer good value accommodation in small dormitories and family rooms. There are even youth hostels in London, but advance booking is essential.

Hostels are no-frills hotels, which usually provide dormitory accommodation and for a bit extra family rooms or double rooms. they tend to be used by students and backpackers, or budget-conscious families... but there is no age limit.
► To find and book hostel accommodation in Britain,  click here.

Don't imagine that B&B's are a cheap version of hotels. Some are, others are not. Like hotels, B&Bs can be star rated, and there are all sorts of B&Bs, including five star B&Bs charging five star prices.  Click here for a list of B&Bs which often have rooms for under £45 a night (2015)

For London see London for Free.
For other areas, the best free attractions are generally natural sites and public museums and art galleries, many of which are free (see best art galleries).
While most of the free public  museums are traditional art galleries and museums, there are some that are not, but are free all the same. The two most surprising  free attractions in Britain are surely the Big Pit mining mueum at Blaenavon, south Wales, which provides free 1 hour trips down an old coal mine, as part of the National Mining Museum of Wales; and the National Railway Museum in York, the world's largest railway museum (and probably the only major one that is free to visit).  Another free museum is the National Museum of Slavery in Liverpool; and another free industrial heritage museum is Morwellham Quay museum in Devon (see Open Air museums), which is free to wander round - though there is a charge for the best bits.
Many of Britain's prehistoric sites (though not Stonehenge) are free to wander round, as is Hadrian's Wall, in the north of England, Britain's finest and best preserved Roman site.
Note that some of Britain's big cathedrals, such as St. Paul's in London, have an entrance fee, but others such as Salisbury, Exeter, Durham, Chester or Wells  - like many museums - are free, even though they strongly encourage visitors to make a donation .... often indicating how much they would like you to give.

Eat well on the cheap


For information about trains in and around London, see London travel for visitors


In Bristol, go abord this working replica of John Cabot's 15th century caravelle the Matthew - just one of a large number of free attractions in  Britain.. 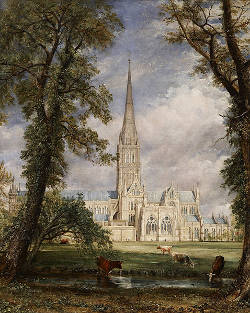 See Constable's "Salisbury Cathedral" for free at the V&A museum in London - one of Britain's great free national museums. Or visit the cathedral for free if you can't afford the recommended "donation". 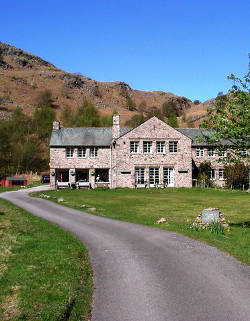 A youth hostel in the Lake district


Click here for low cost car hire in the UK

Copyright  : Website photos and texts © About-Britain.com 2009 - 2020  except where otherwise indicated.