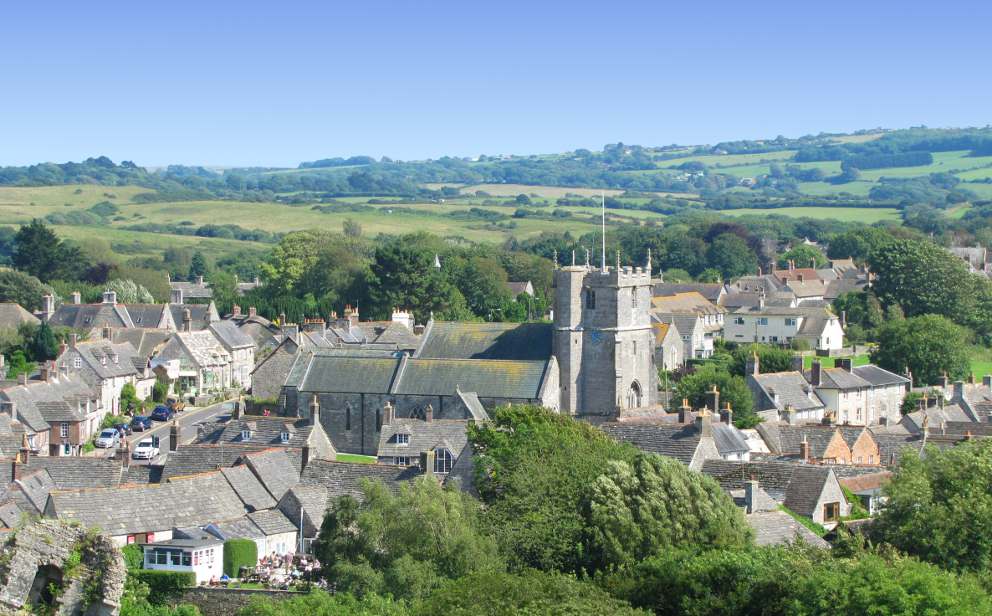 
About-Britain.com - the country, its life, its issues

► You are here : About-Britain.com  › Tourism  ›   The English countryside 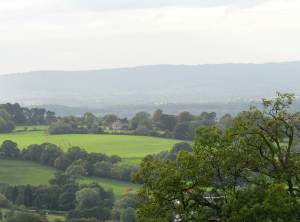 Hôtels in throughout England
A great selection at best rates from  Booking.com
:


The countryside holds a special place at the heart of English life and culture. And although the vast majority of Britons are now urban, the countryside remains for most people in Britain an idyllic place, a place where one can live and relax. At weekends and other moments of free time, Britons love to go to the country. And they do not hesitate to do so, because the English countryside is beautiful, diverse, and often easily accessible from the major cities.
For many people, the countryside is Britain as it should be - an area full of historic sites, memorials, monuments, protected areas, pretty villages, pubs with tables in the garden – a part of Britain where time seems to have stopped in its tracks. But as towns and cities, even villages, keep growing to cater for England's rapidly growing population, and with England already the most densely-populated country in Europe, the English countryside is shrinking and changing.
Fortunately, there are still plenty of wonderful places left to see.  Here is a small guide.


For country walks easily accessible by train from London, see Walks near London .   For short guides to the main tourist regions, see Tourist regions of Britain

The south of Kent - the "Garden of England"

Very easy to reach from London or - for visitors arriving from the Continent - from Dover, rural Kent and East Sussex are a classic area of traditional English countryside. In the old villages in Kent and Sussex, traditional cottages built of brick and flint border age-old streets where small neighbourhood stores still do good business. In the countryside, traditional shingle board houses, built of wood often painted white, are characteristic of this sunniest region of Britain. This was once a wool area and sheep from the South Downs contributed to the wealth of England in the mediaeval times.
The region has many beautiful villages and castles, country houses and old churches and abbeys dating from the Middle Ages.  For the best of these see Southeast England. 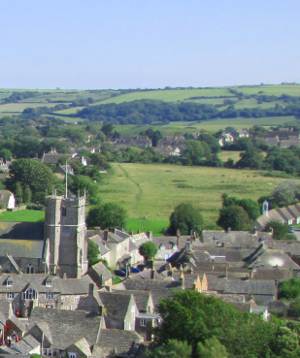 This is the area that is often used to illustrate the "typical" English countryside. Villages of thatched cottages or stone-roofed houses, often beautifully maintained, lie nestled at the bottom of small valleys; the landscape of the low-lying areas is characterised by traditional mixed farming, and on the hills there is an old tradition of sheep rearing. In Devonshire and Somerset,  the uplands of Dartmoor and Exemoor offer open spaces that are very popular with hikers, and on the coast, much of which has been preserved for posterity by the National Trust, small bays and coves alternate with popular seaside resorts . Further west, Cornwall is a region with a rugged coastline, very pretty fishing villages and beautiful sandy beaches.
For more details, see  Southwest England

Whole villages and towns built in the local honey-coloured limestone. 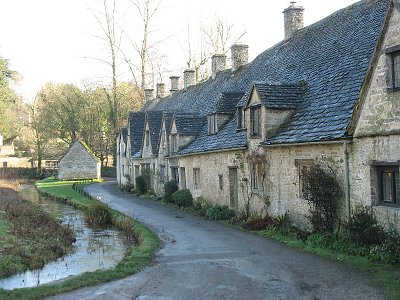 Historic Cotswold cottages -  Arlington Row,  Bibury - in January
Sixty miles west of London, between Oxford, Stratford on Avon, and Bath, the Cotswolds are another area of  deep and traditional England. Here, the landscape has changed little over the centuries, the fields and roads are bordered by drystone walls, always carefully maintained, as they have been for centuries. Villages, often nestled in the valleys, are characterised by their traditional cottages and houses, built in the local honey-coloured limestone, and, covered with Cotswold stone roofs. The Cotswolds are another of the parts of England that thrived from the wool trade in the Middle Ages. This glorious past can be seen today in the beautiful churches, typical inns and manor houses in this region.

The uplands of the North of England the Peak District, the Pennines, and the Yorkshire Dales

Open hills and moors much appreciated by hikers and ramblers.

Wuthering Heights is one of the most famous English novels; and it was here, in Yorkshire, that author Emily Brontë described the wild and open uplands that form a backdrop to the story. This is a lond of open tree-less hilltops, buffeted by the elements, old farmhouses and villages built of granite or the local limestone - depending on the area - villages built on the sides of narrow dales, or at the foot of wider valleys.
This region, with its rushing streams and its proximity to major cities, was one of the cradles of the Industrial Revolution. Today, it remains a rural area easy to reach from the great cities of the north of England, and attracts hikers and hill-walkers from across the country. It is an area where among the the beautiful scenery can be found a wealth of monuments to Britain's industrial past. It is unjustly neglected by international tourists. Photo below: The Yorkshire Dales. (by D. Whitham) 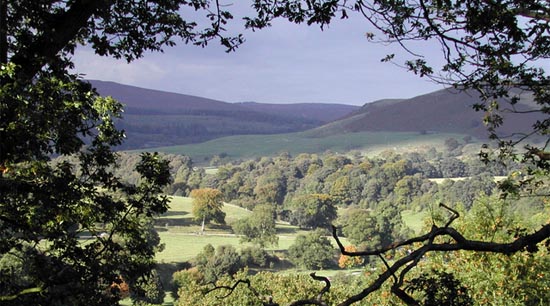 In the northwest of England, an area of low mountains and lakes, popular with poets, artists, hikers and mountaineers.

The most famous area of English countryside, the Lake District, is a mountainous area with valleys containing lakes, and small villages. But take care; while these mountains are not very high, they are real mountains! Here in the north of England, the treeline is at an altitude of about 1500 ft or 600 metres, and the climate is windy and rough during the winter months. Of course, on bright days in Spring and Summer things are different, and the area becomes soft and inviting. From May to October, the tops of the mountains, which in winter can only be scaled by serious climbers, are accessible to hikers – although some hikes in this area can be pretty strenuous.

Other attractive areas
England has other areas of attractive countryside. These include the low-lying areas of East Anglia and the Fen district, to the northeast of London (see the East of England) , and the rolling hill country of Herefordshire, Worcestershire and Shropshire, on the western edge of England close to Wales.
Hampshire and east Dorset are an attractive area, including the New Forest, recently designated as England's newest National Park.
And then of course there are the beautiful mountain areas of Scotland and Wales - but that is another story.

Accommodation
Rural Britain has plenty of inns, pubs and b&bs.  For a choice of  accommodation including traditional rural inns, see Small hotels in Britain on iHi. 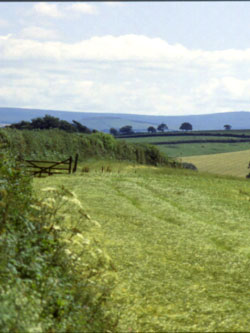 Exmoor, in the south west

Offers may include free delivery 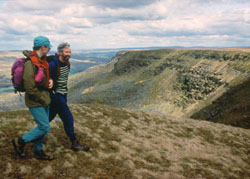 Hiking in the north of England 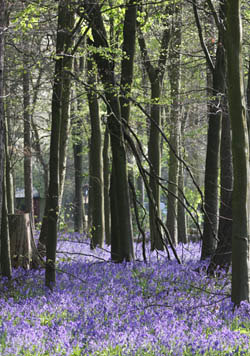 Bluebell woods in the Chilterns, between London and Oxford. 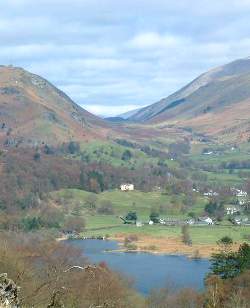 Grasmere, in the Lake District