Food and eating in Britain

An introduction to the British way of eating


While Britain is not traditionally famed as one of the world's great  gourmet nations, British food is often underrated. British cuisine is not just fish and chips and steam pudding. Britain has plenty of mouth-watering specialities, plenty of innovative cuisine, good fresh produce, and also, these days, plenty of good places to eat them in. 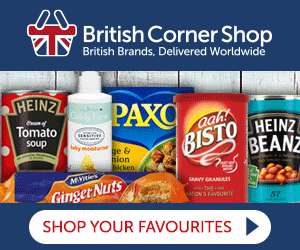 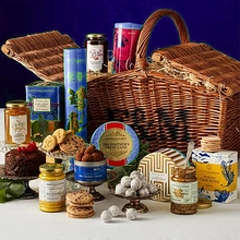 Just click to visit
Cookery is an old art in Britain, even if the classic dishes of British cuisine are not always on the menu in restaurants. According to recent surveys , the favorite dish of the British is now  ... curry. Not exactly a British dish....

Nonetheless British cooking and British specialities are beginning to get a bit more international recognition than they used to have, even in a country like France, where classic British specialities such as crumble or Cheddar and Stilton are now available in good delis, and increasingly in supermarkets, and also on the menus in good restaurants.
Finding a good English restaurant in England, or a good Scottish restaurant in Scotland, specialising in traditional cuisine, is not always easy- which is not always easy. In London, for instance, there are certainly more "French" restaurants and "Italian" restaurants, than restaurants that announce themselves as "English" restaurants; but find a good restaurant serving great British specialities, and not even the finest gourmets will be disappointed. To eat out in places that serve good traditional British or local fare, the best bet is often to try a pub or a hotel offering home-cooking.

Britain is also a good place for bread: although most people eat mass-produced sliced bread from the supermarket, this is by no means the only choice available. The British also have a passion for French bread , particularly baguettes or "French sticks"; but the quality of other fresh-baked breads available in many British bakeries today is on a par with the best anywhere, and the choice often far broader than in continental bakeries. 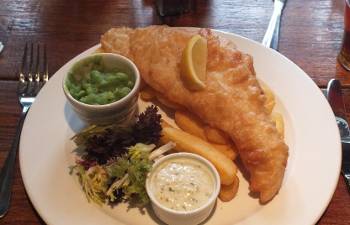 Places to stay in the UK
A selection of hotels, apartments and other accommodation at best rates from  Booking.com
:


While the good traditional British main courses have not earned an international reputation, British desserts have done a bit better. Some specialities such as trifles, crumbles and other British specialties have become established fare even in the best restaurants in France . Others are waiting to be better known .... 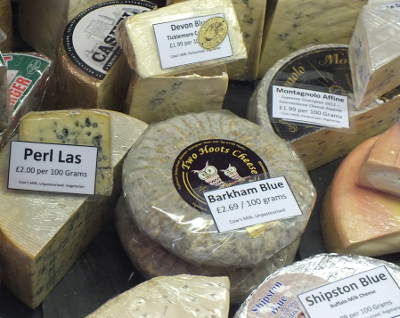 There are now hundreds of different cheeses available in Britain

In a classic English meal , cheese is eaten after - or instead of - dessert , accompanied by port or sweet wine


Apart from these traditional specialties , the British have very international eating habits, and are particularly fond of Italian, Chinese, and American fast-food specialities.

Photo top of page:traditional English Sunday lunch in a pub
.

Gourmet British cuisine ? Surely you must be joking ?
Britain suffers - often unfairly - from a reputation as a country where the food is bad. According to popular belief, the British live on a diet of boiled meat, mealy sausages, sugary baked beans, or greasy fish 'n' chips covered with vinegar .....
Much has been written and said about dietary disasters such as "chip butties", or culinary calamities like "deep-fried chocolate bars" – reputedly popular in the northern parts of Britain; and an official report recently warned that 50% of the British population could be obese by 2040. So yes, plenty of people in Britain do not eat well or healthily; but for those who do enjoy good cooking and fine food, there is plenty on offer.

London is now reputed as one of the gourmet capitals of the world, and TV cooking programmes are very popular through out Britain.
In plenty of places in Britain, restaurants and even supermarkets, the choice and quality of food on sale is as good as anywhere.
This page looks at some of the most famous traditional British dishes. 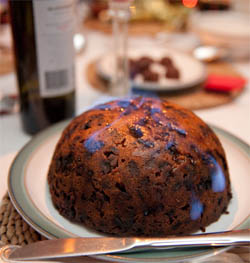 
Where to eat traditional British food ?

The best options are often traditional pubs or hotels that offer home-cooked food.